From Japan to Asia and the World.
Achieving great popularity for her overwhelming vocals and expressiveness. 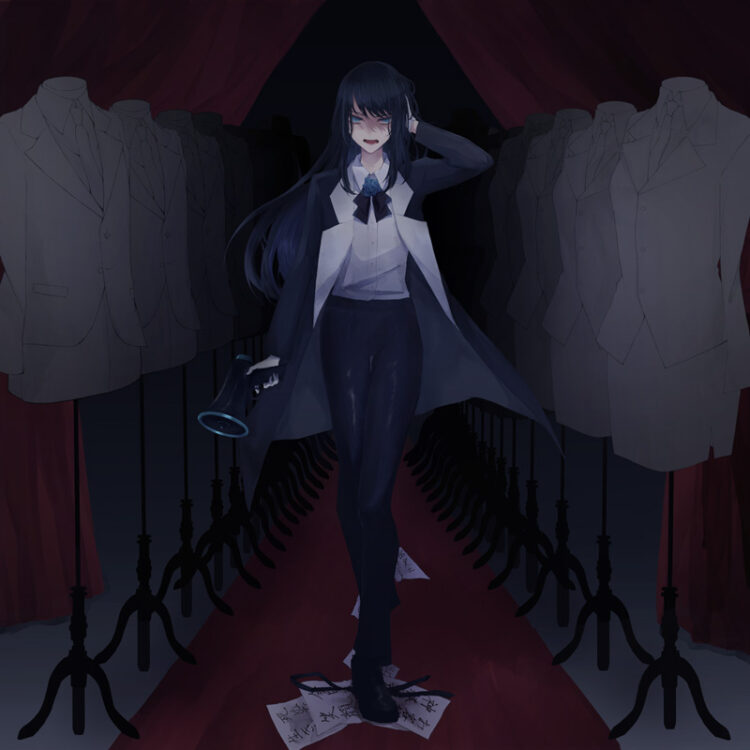 Born October 24, 2002 in Tokyo, Japan. 19 years old, female singer.
Ranked No. 1 in the "New Artist Ranking" In the "Oricon First Half Ranking 2021" (the first time in the history of a solo artist to win this award). an artist who is attracting the most attention right today.
The major label debut song "Usseewa," released in October 2020, becoming a social phenomenon with a total of over 400 million views on its music video and streaming.
The songs "Gira Gira" and "Odo" released in February and April, respectively, surpassing 100 million streaming views and became the first teenage solo singer having three songs each streamed a total of "100 million times”. Also, "Yoru no Pierrot" and "Aitakute" became hits, entering the charts one after another.
On January 26, 2022, her first CD album, “Kyogen", is to be released.
Her first solo live “Kigeki” is to be held at Zepp DiverCity (Tokyo) on April 4, 2022. 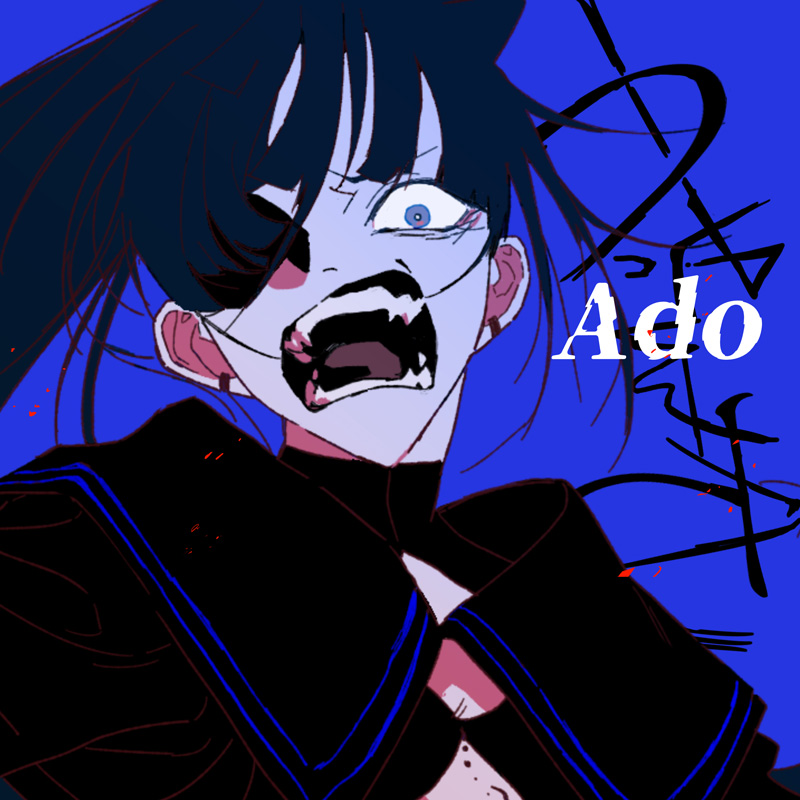 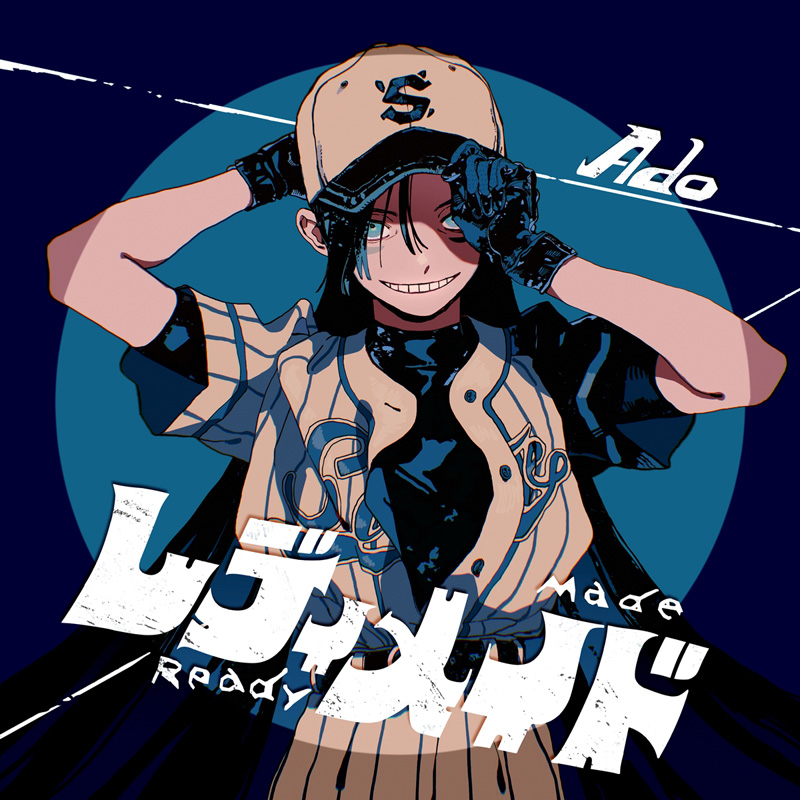 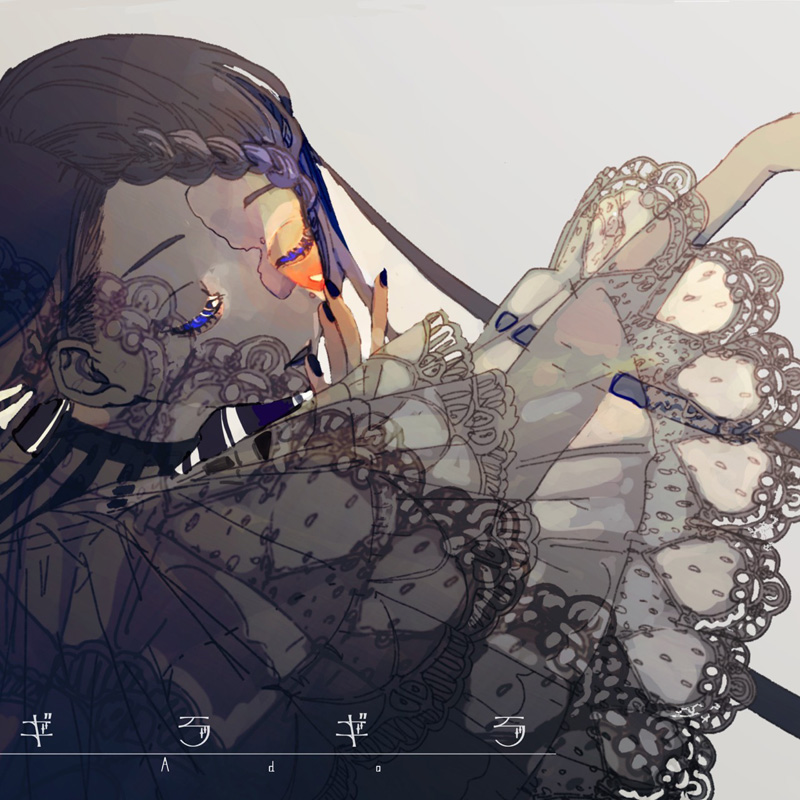 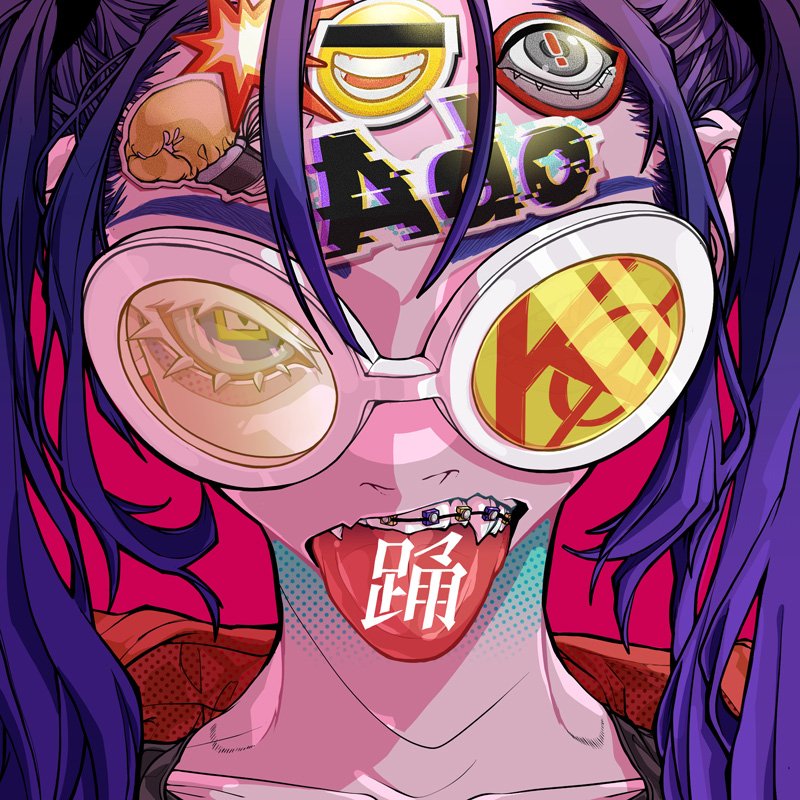 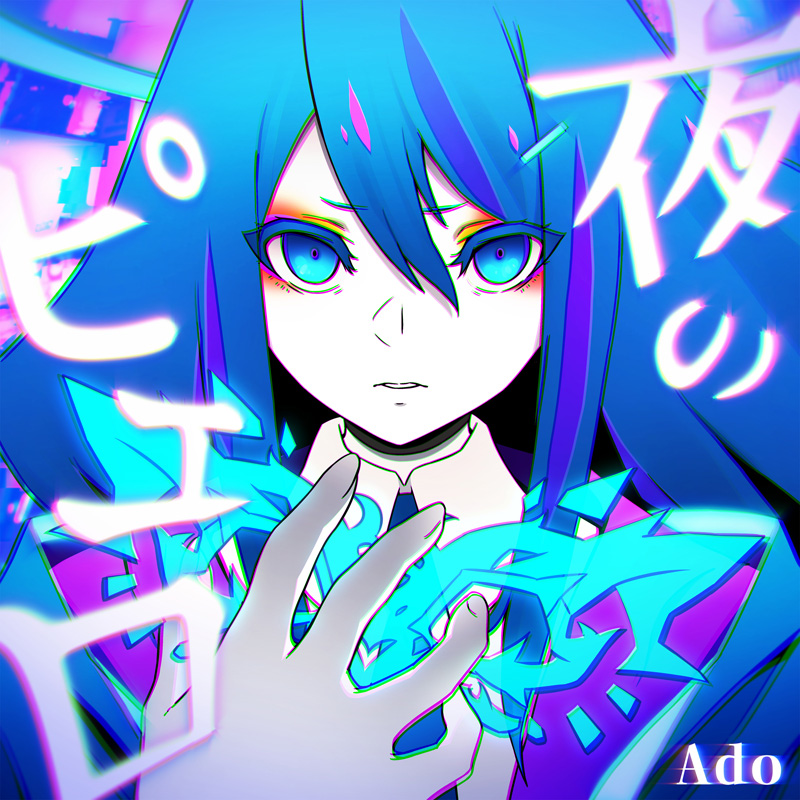 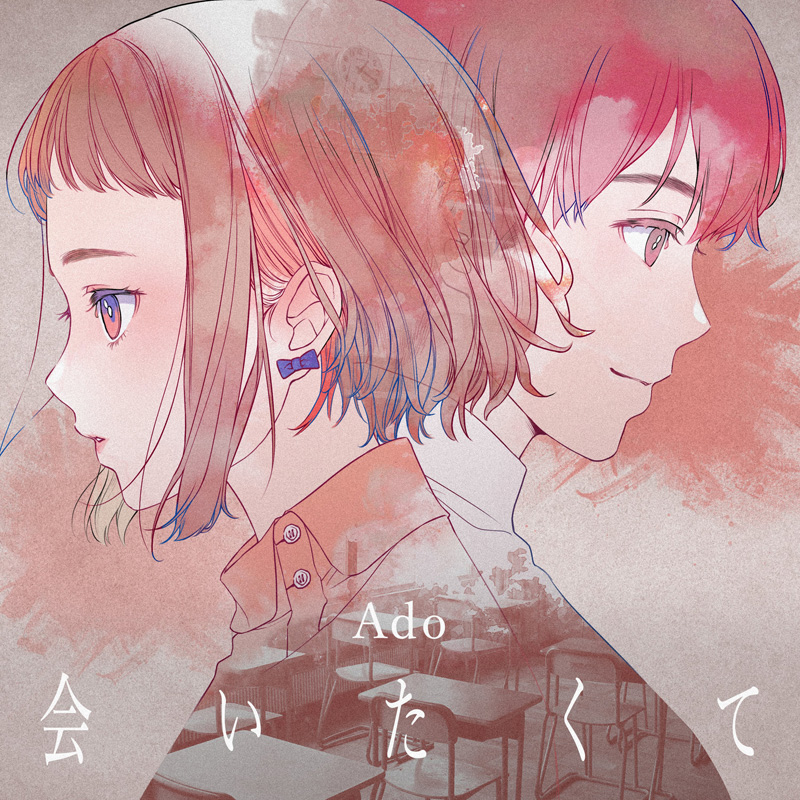 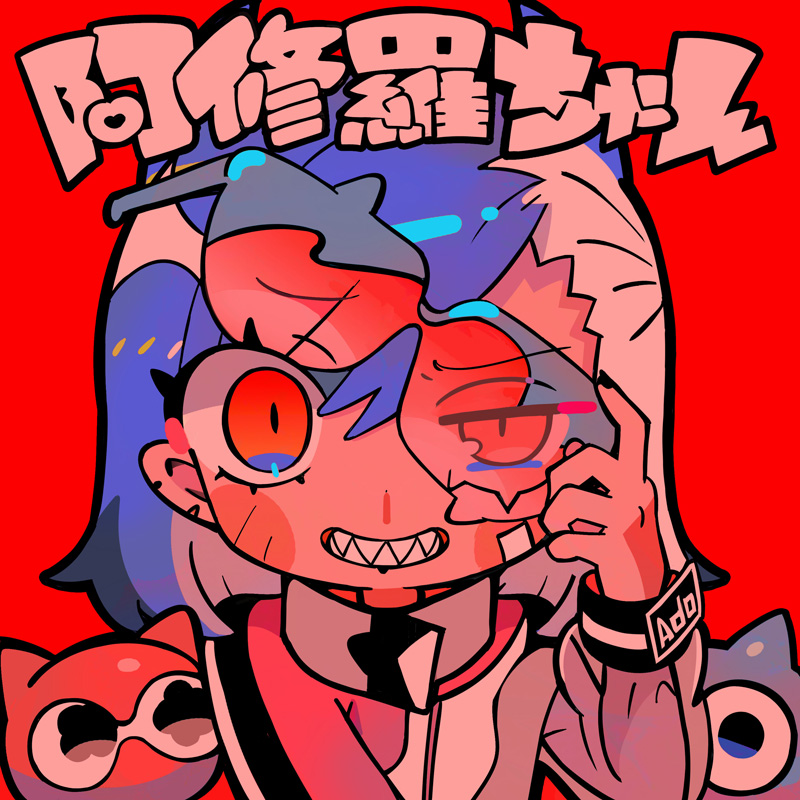 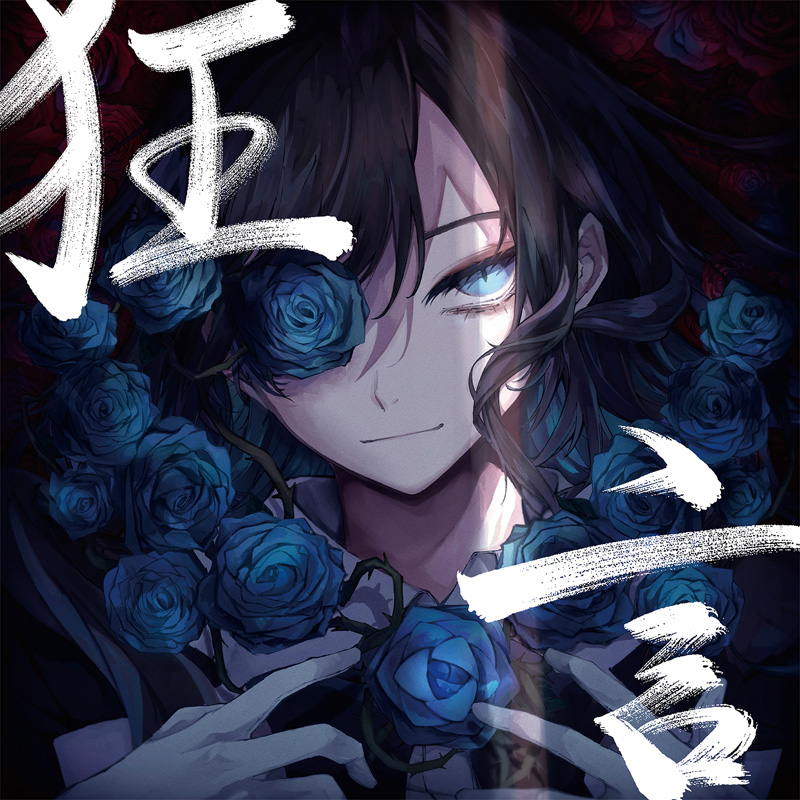 Hello everyone watching "J-ENTERTAINMEN." This is Ado.

QYou said your name came from the words of * Kyogen, but did you choose that name because you were interested in traditional Japanese performing arts?

AWhen I was in elementary school, we had a class about Kyogen.
In Kyogen, there are two words, "Shite" and "Ad," and I thought, "Oh, Ado sounds cool," so I chose the name Ado. Later, when I searched the Internet to find out what those words meant, I found out that "shite" was a main actor and "ad" was a supporting actor. Just like the meaning of the word, I hope that I can support someone's life as a supporting actor.

QHas that influenced your songmaking in any way?
AIt's hard to think about songs themselves.
In terms of activities, I’m always hoping to support someone. I'm basically *Utaite” and I'm active by posting songs on * Utatte-mita. I’m not sure if this is the answer to your question, but when I post an original song or a song written for me, I respect the world view of the song and the thoughts of the * Vocaloid P.

QHave you experienced any changes in your feelings now that you've gone from singing to being sung to?
AThere are no major changes. However, I'm really happy to see that the songs Vocaloid P wrote for me are being used in various creative projects, even though I didn't make them, such as the songs released as Ado through my songs, or the songs on Utatte-mita.

QThere are a lot of different voices in one song, do you consciously sing that way?
AIf you ask me if I'm singing consciously, the answer might be the same as before, I change the tone and quality of my voice according to thoughts, meanings, etc. Actually, there are the thoughts of the original songs and the thoughts of the Vocaloid P. As the words are chosen and put in the song, and as a matter of course, the lyrics are not just simple words that sound good or have a nice ring to them, but they also have a story and a meaning. In order to express that in my own way, for example, if I'm feeling sad, I'll sing in a low voice, or if there's an angry phrase, I'll raise my voice and sing as if I'm really angry.

QFor instance, what kind of works (movies) have influenced you?
AWell... I have always loved Disney movies, and my parents played me Disney CDs, princess songs, songs sung by Mickey and his friends, and various other Disney CDs from a very young age. In a good way, it's easy to understand the exaggerated expressions, and I still use those Disney expressions in my songs. So, I think the biggest influence is Disney's works.

QIs there anything that you would like to challenge in your activities in the future?
AI hope that I can expand my creativity to other creative fields besides singing. To convey my words better, for example, maybe I should try writing lyrics, composing music if I really can or even writing a story. Putting aside whether or not I'm going to show it, I think it would be great if I could make more and more of such creations in my own mind.

QHave you ever had the world stage in mind?
AI hadn't really thought about such a large scale like the world stage. I often wonder if I'm really that good... I've always wanted to stand in Saitama Super Arena, of course, and I've been told by many people that it will come true soon. But It's a big stage, a big venue, so it's still kind of far away for me, and I think it's something I long for. So I hadn't thought of the world as a stage yet.

QHave you received any feedback from overseas through YouTube or other media?
AYes, there are many comments from overseas on YouTube and other sites, and I'm happy to think that my voice is reaching people beyond countries. I've seen some videos of foreign people's reactions to my songs, and I've learned how my songs sound to them and, on the other hand, I’ve realized there are such reactions thanks to people who translate my songs, which I think is interesting. Also, I can see how I should sing to capture their hearts or what kind of style could make them like my songs. Anyway, ’m stimulated from such things every day.

QWhat fascinates you about the countries of Europe?
AThere are some comments saying that's not really the case, but I haven't seen it by myself yet... Many of my favorite movies are set in Europe, so I'd like to see the streets, the fashion, the buildings, and so on. Anyway, I want to see with my own eyes.

QDo you have any favorite artists or artists attracting your attention?
ABasically, I only listen to Vocaloid songs, and recently I've been listening to various Vocaloid P's songs. Well, I'd like to introduce about a hundred people, but if I did so, this show would be over...
There is a Vocaloid P named "Iyowa" who has recently become a big hit in my life again.
I can't really explain it in words, but the way to create music is so amazing that it makes me wonder how the Vocaloid P does it. This Vocaloid P has created something that if it weren't for the one, it would all fall apart and become a cacophony, but the Vocaloid P has made it all one’s own. I don’t know how to explain… It could be called strange or mysterious, but depending on the lyrics and the worldview, a song can be cute or sad.
The Vocaloid P’s music really transcends so many, many things about music, I really don’t know how to describe, but when I first heard it, I was like, "WHAT IS THIS !?"
When I listen to the Vocaloid P's music, I usually ask myself, "What sounds are used?" or even "What kind of sound is it?" And also the Vocaloid P is really good at incorporating such sounds into a song that would be absolutely disgusting if you heard them by themselves. And all such things give a really nice flavor and a sense of the world of the Vocaloid P, Iyowa...
This is just my impression, and it's like the feeling you get after a dream when you have a fever.
I mean, this is a compliment, not a bad thing. The songs are not really bewildering, but rather they leave me with a feeling of warmth. Anyway, I've been thinking for a long time that Iyowa_san is a multi-talented person who also draws own animated videos and illustrations, and I really want more people to know about Iyowa_san.

QAbout songs, do you request from Vocaloid-Ps, or do they request from you?
AMostly I request the Vocaloid Ps who have such songs that I’ve loved and listened to for a long time and I myself have posted some of them on "Utatte-mita."

QAbout your 1st album released in January 2022.
AIt's only been one year since my debut, but I've been active for about four years now.
Even before I started my activities, I thought it would be nice to release my own CD or album someday, so this means so much to me.

QWhat do you want people to pay attention on the album?
AI didn't have a specific theme for the album, and I asked Vocaloid P artists to create songs based on my image.
Each Vocaloid P has a different style of writing and a different worldview, so I wanted to create something that could be enjoyed by fans of the Vocaloid P, people who love Vocaloid, and people who have never heard of Vocaloid before...
Each song is really different, and all of them are songs that make people want to listen to over and over again, so I'm sure this is an album that can be enjoyed for a long time.